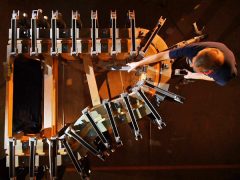 A superb new documentary film by Tom Nitsch has just been released. It is entitled Resonances and pays tribute to the German piano manufacturer C. Bechstein. But this is so… Read more »