One of the highlights of Christies’ Spring American Art auction is a painting by Norman Rockwell entitled The Piano Tuner. This is one of Rockwell’s more important works, which is reflected in the estimate sale price of $3,000,000-$5,000,000. 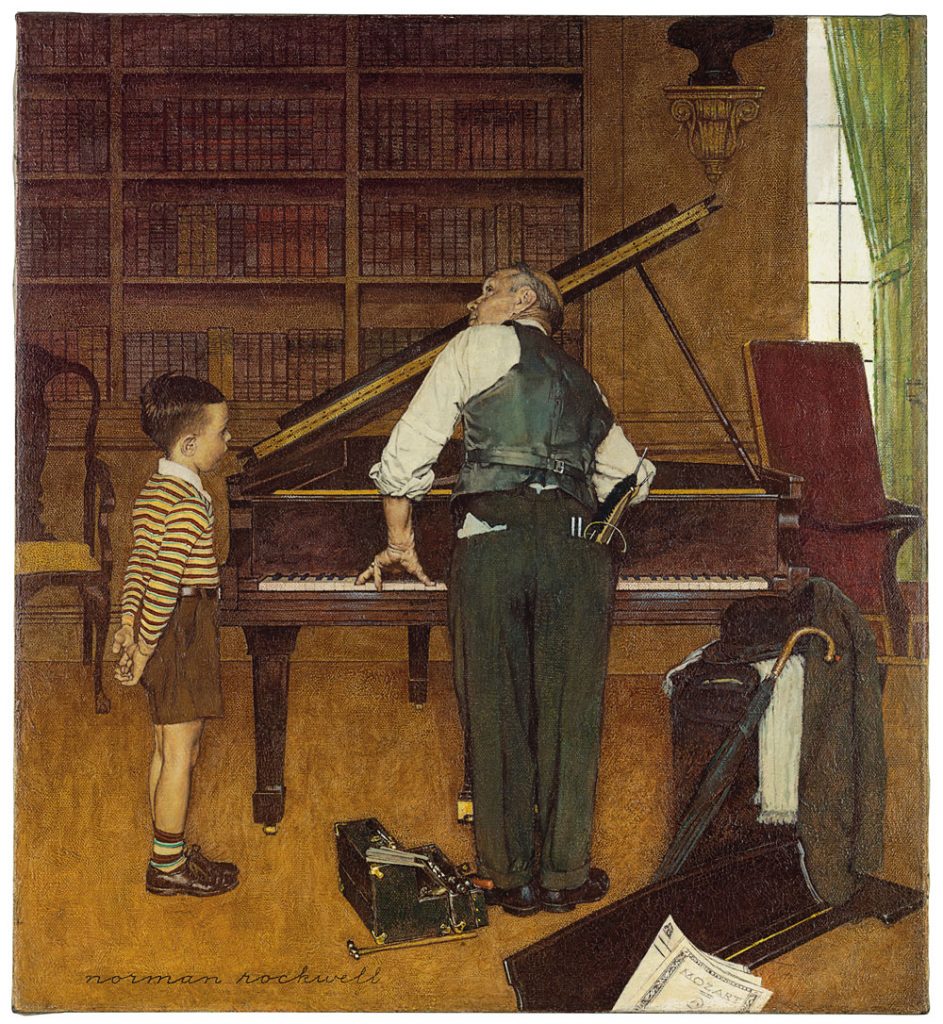 Norman Rockwell (1894-1978) was an American author, painter and illustrator. He was prolific, creating over 4,000 artworks. Rockwell is best known for his cover illustrations for The Saturday Evening Post magazine—a highly influential publication, aimed at the American middle-class. It was founded in 1821.

Rockwell contributed to The Post over a period of some 50 years. The cover paintings he produced during the 1940s and 1950s helped to establish him as a household name. These images reflect the social and technological changes of the times.

The Piano Tuner was painted in 1947. It shows a young boy entranced by an elderly piano tuner. Rockwell employed an eight year old boy (Andrew Brinkerhoff Smith) to pose for the painting for which he recieved $5. However, on New Year’s Eve 1947 Rockwell presented the painting to Smith’s parents as a gift.

The model used for the piano tuner was George Zimmer, who regularly featured in Rockwell’s illustrations for The Post. 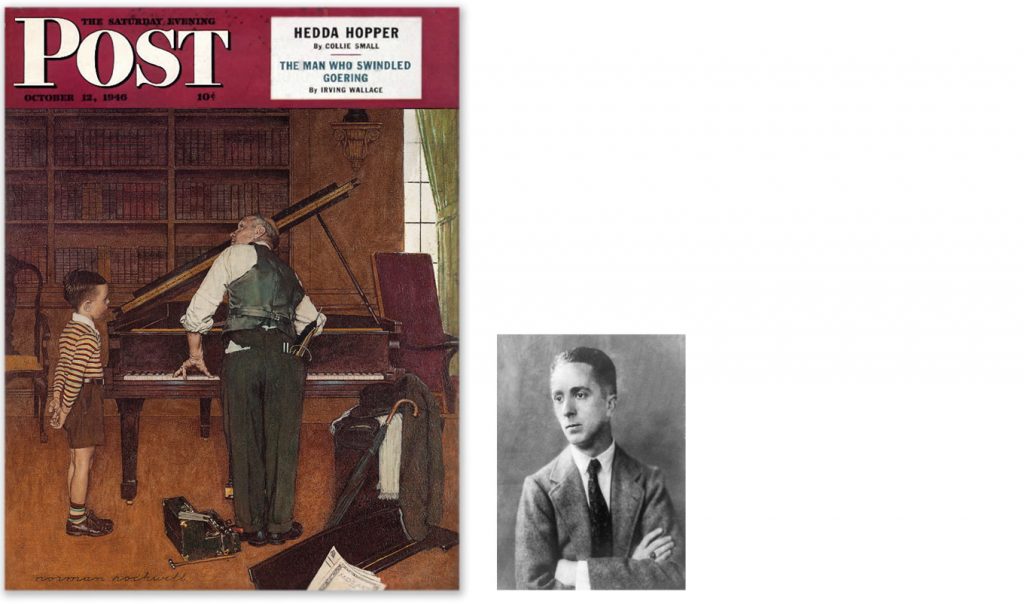 Rockwell was a stickler for accuracy in all his work, and to ensure this painting was correct, he called in a professional piano tuner for expert advise. Close examination of the image shows that the tuner is spanning with thumb and third finger. To the uninitiated this looks wrong, but it is a technique employed by some tuners to prevent stress on the weaker little finger. When it comes to pianos, always get in a professional!

The Piano Tuner is an oil on canvas work, signed by Rockwell (lower left). It measures 34in x 31in (86.4cm x 78.7cm).  The painting is being sold by the descendants of Andrew Brinkerhoff Smith.